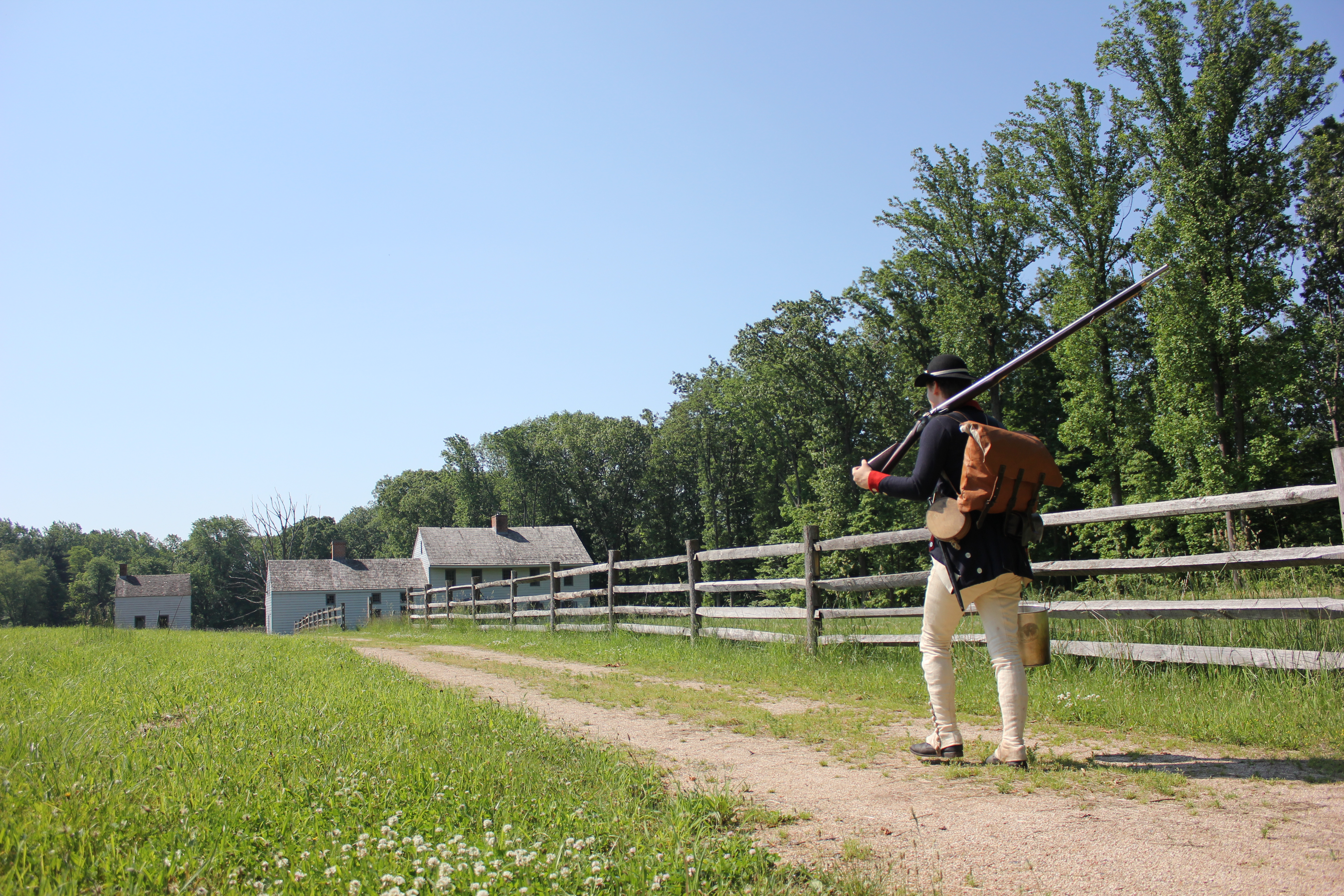 The Washington-Rochambeau Revolutionary Route is a series of strategic roadways extending from Newport, Rhode Island to Yorktown, Virginia along which American and French troops marched in the summer of 1781 toward Cornwallis’ encircled British army at Yorktown. With the French fleet in the Chesapeake Bay blocking British reinforcement or escape, the American and French armies joined Lafayette’s army in late September for a three-week siege of Yorktown that resulted in a British surrender.

In New Jersey, the ‘W3R’ route follows a series of roadways from the New York border south to Trenton, including parts of several present-day county roads and U.S. Routes 202 and 206. These roadways were the subject of an extensive study that documented the march of the various military units through New Jersey and identified routes, camp sites, communities, and ‘witness’ sites with remaining historic resources. In March 2009, the Washington-Rochambeau Revolutionary Route was officially designated as a National Historic Trail. The W3R initiative in New Jersey is led by the non-profit W3R-NJ Association.